Reggie’s Top 5 Car Sales Tricks and Secrets from the SUCKERS Movie: How to Be a Good Car Salesperson – Part 1

By Roger Nygard, filmmaker, and author 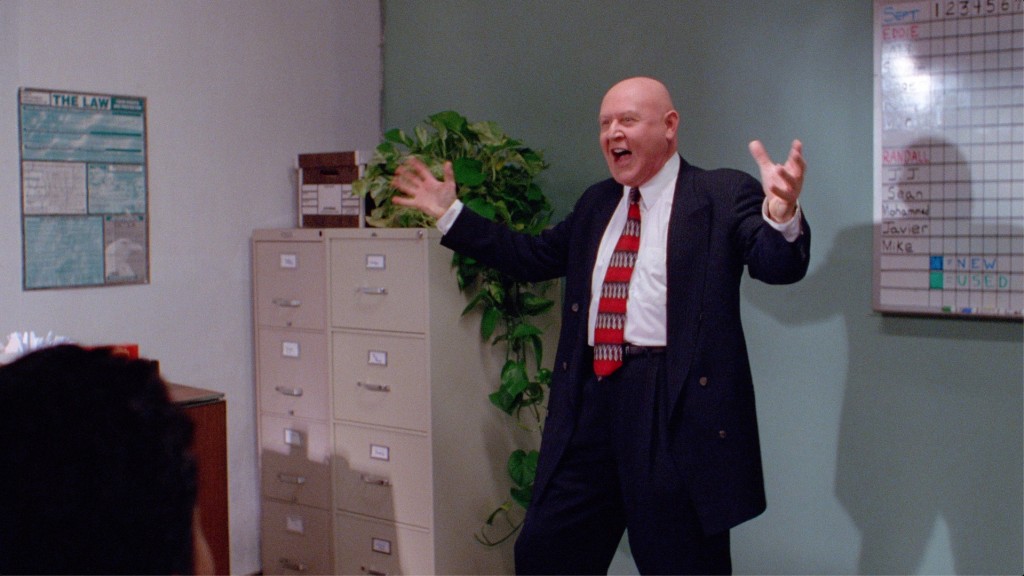 The car sales tricks revealed in the hilarious comedy SUCKERS (a movie I co-wrote, edited, and directed) are all real car salesman secrets presented as accurately as possible. Things have indeed changed with the internet, where buyers know more about the car than the salesperson. But what intrigued me to make a movie about the car sales culture of the 1990s was how the psychology of sales tactics used today is essentially unchanged since the first rug bazaars in 3000 B.C. Persia.

Whether you’re learning how to be a car salesperson or a sales associate for a large company, you may find these 5 top car sales tricks from the 1990s era, classic movie SUCKERS useful enough to consider for your next sales gig. If you find these enjoyable, part 2 of How to Be a Good Car Salesperson has 5 more.

1. SELL WHILE THEY’RE IN THE ETHER

Make the sale TODAY, while the customers are “in the ether.” The next day their frontal cortex will have resumed control and they will be looking more critically at the implications of the purchase. You need to make a sale while the frontal lobes have been deactivated. This is where car salesman negotiation techniques start coming into play. 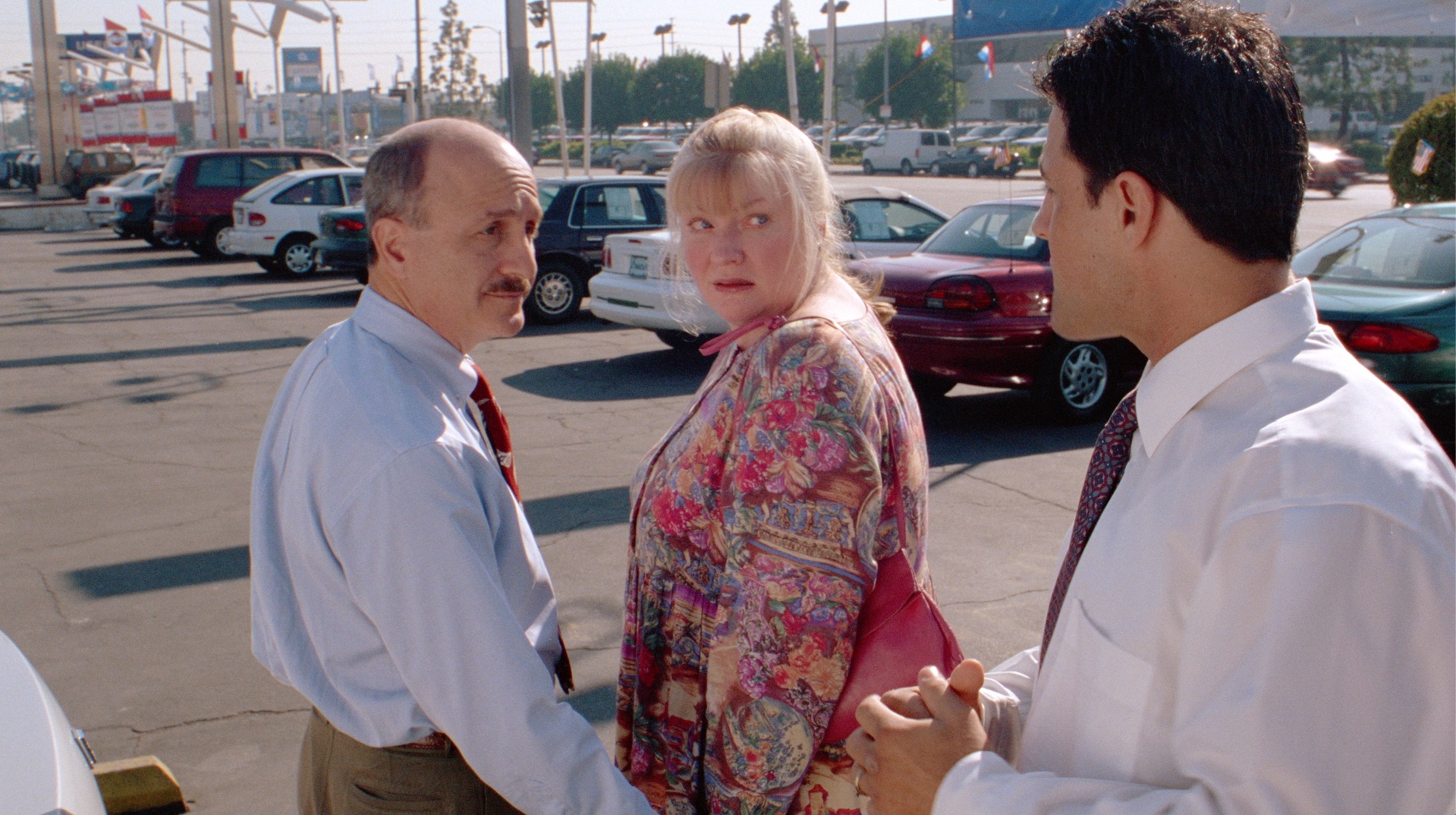 Never let a customer walk off the lot or have time to think it over. That said, before you close, wait for customers to get up to leave, or else you have left money on the table. That’s how you know they are done negotiating.

How do you get customers into the ether? 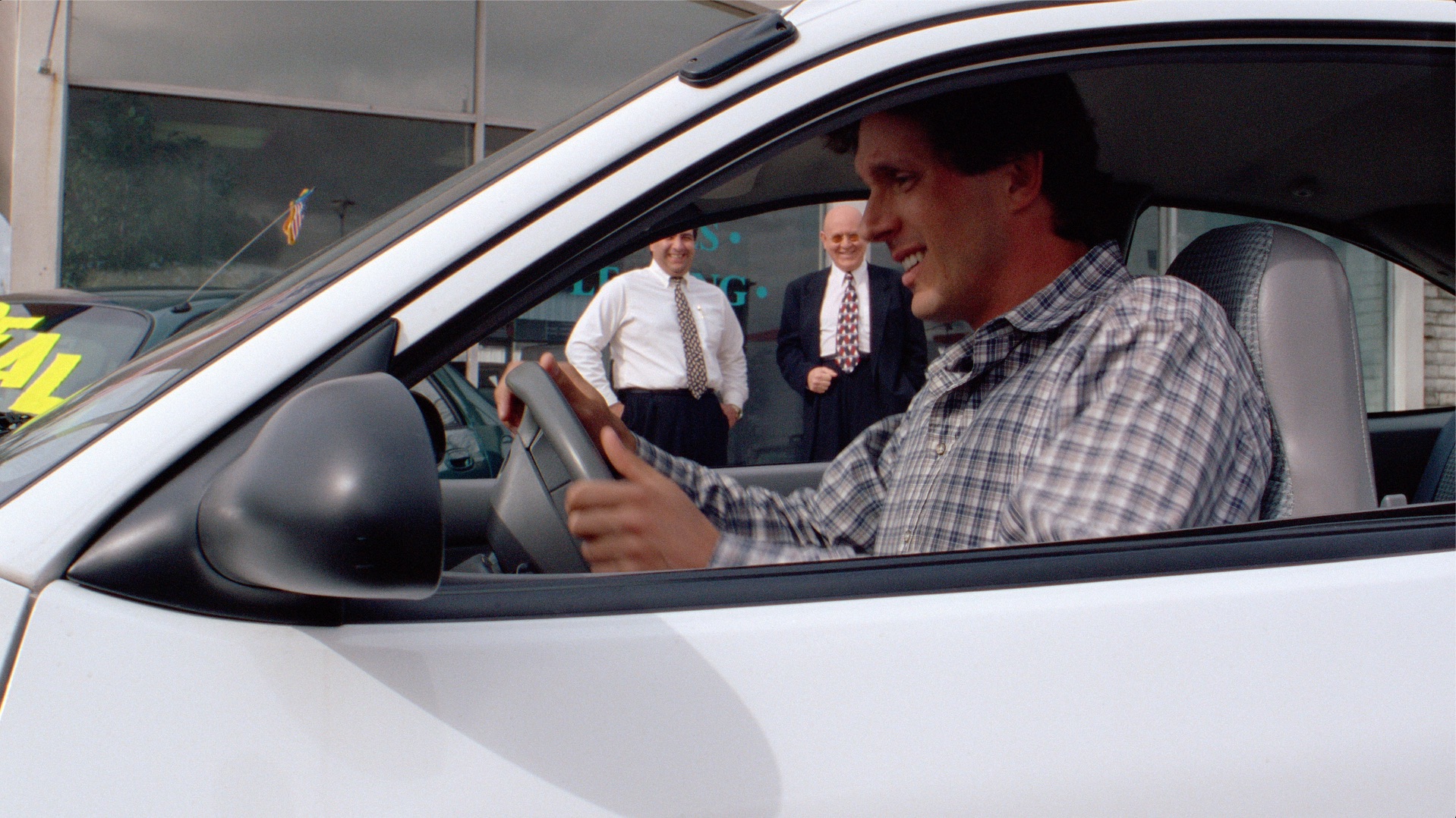 Make them drive the car. Make them touch it, feel it, smell it. Get them excited. Driving the car puts them in the ether. When they’re excited, they pay more.

Before a customer sits in the driver’s seat, move the mirrors and the seat. Make them re-adjust everything to their own preference. This starts their psychological process of feeling like an owner of the vehicle.

Don’t talk during a test drive. Allow them to take in the experience. Look for tells, for the signs they are beginning to imagine this car in their life, saying things like, “My golf clubs will fit in this trunk.” Or, “These seats are comfortable.”

3. TALK TO THE REAL BUYER

Determine who’s actually buying the car. In the film, there is a scene where the new salesman, Bobby, played by Louis Mandylor, has been talked into getting a job as a salesman by his wife, actress Lori Loughlin. The new guy brings in his manager, Eddie, to talk to a couple. Eddie is a closer, and he quickly assesses who’s in charge.

The wife overlaps her husband, 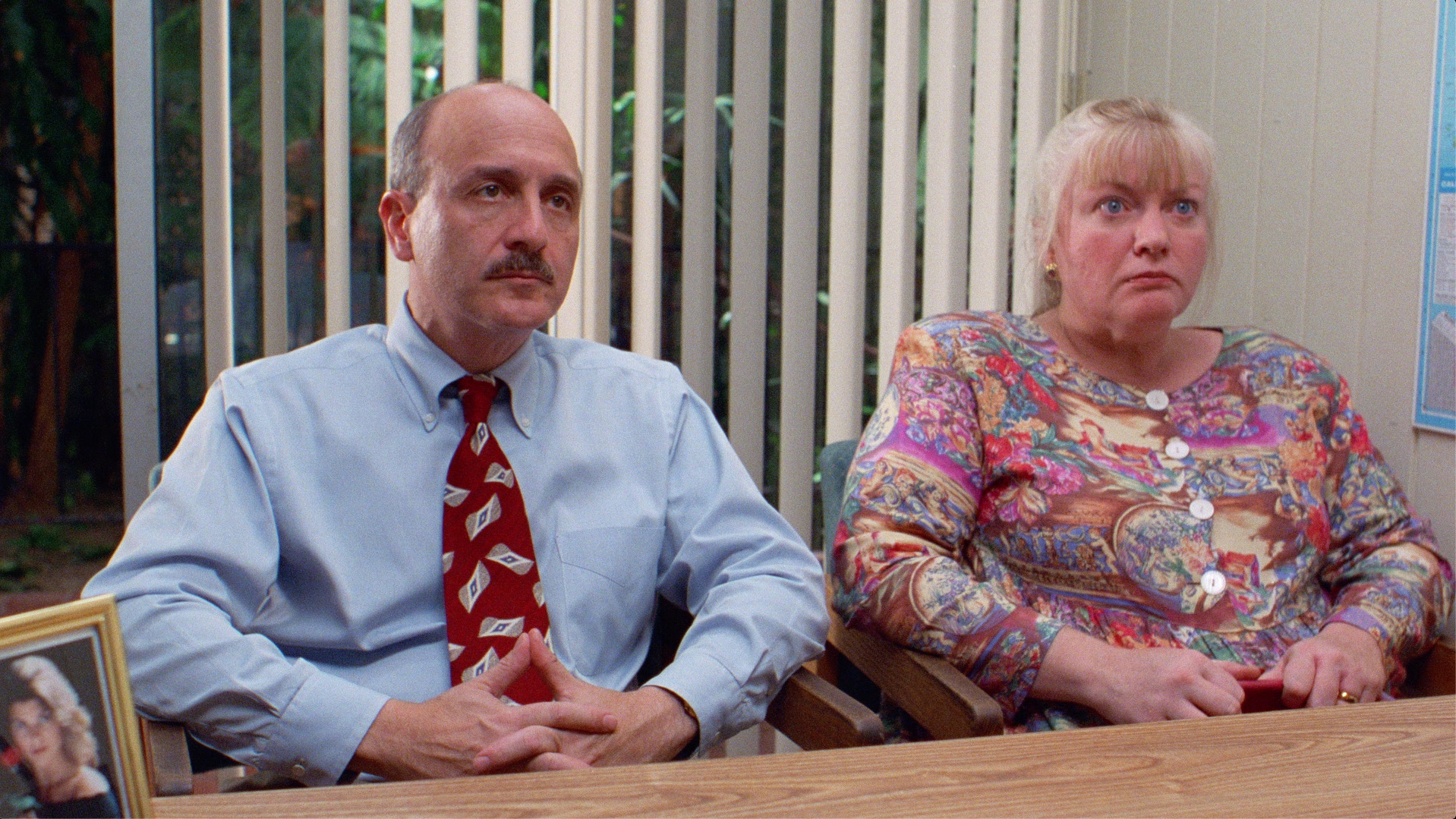 cutting off his sentences, contradicting him. From that point forward Eddie talks only to her. Talking to the husband is a waste of time; he’s not making the decision.

How often have you heard in your sales conversation: “I have to check with my wife first.” In another of 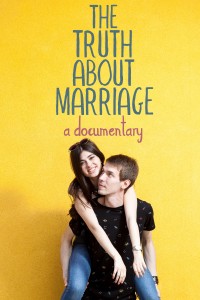 my films, a documentary called THE TRUTH ABOUT MARRIAGE (and the companion book by the same name), I asked men and women, “who’s the boss in most relationships?”

How would you answer this question?

Cognitive-behavioral therapist Pat Allen states in my documentary, “We’re the boss. It’s a man’s world and a woman’s Universe.”

Why do women hold a stronger position in many relationships? Dr. Pat Allen writes in her book, Getting to “I Do”: “[Relationships] are a corporate structure including one president, who is in charge of ideas and plans (the male energy), and one vice president, in charge of feelings and veto rights (the female energy).”1 Dr. Pat Allen emphasizes that the ultimate boss is the one with the veto right. 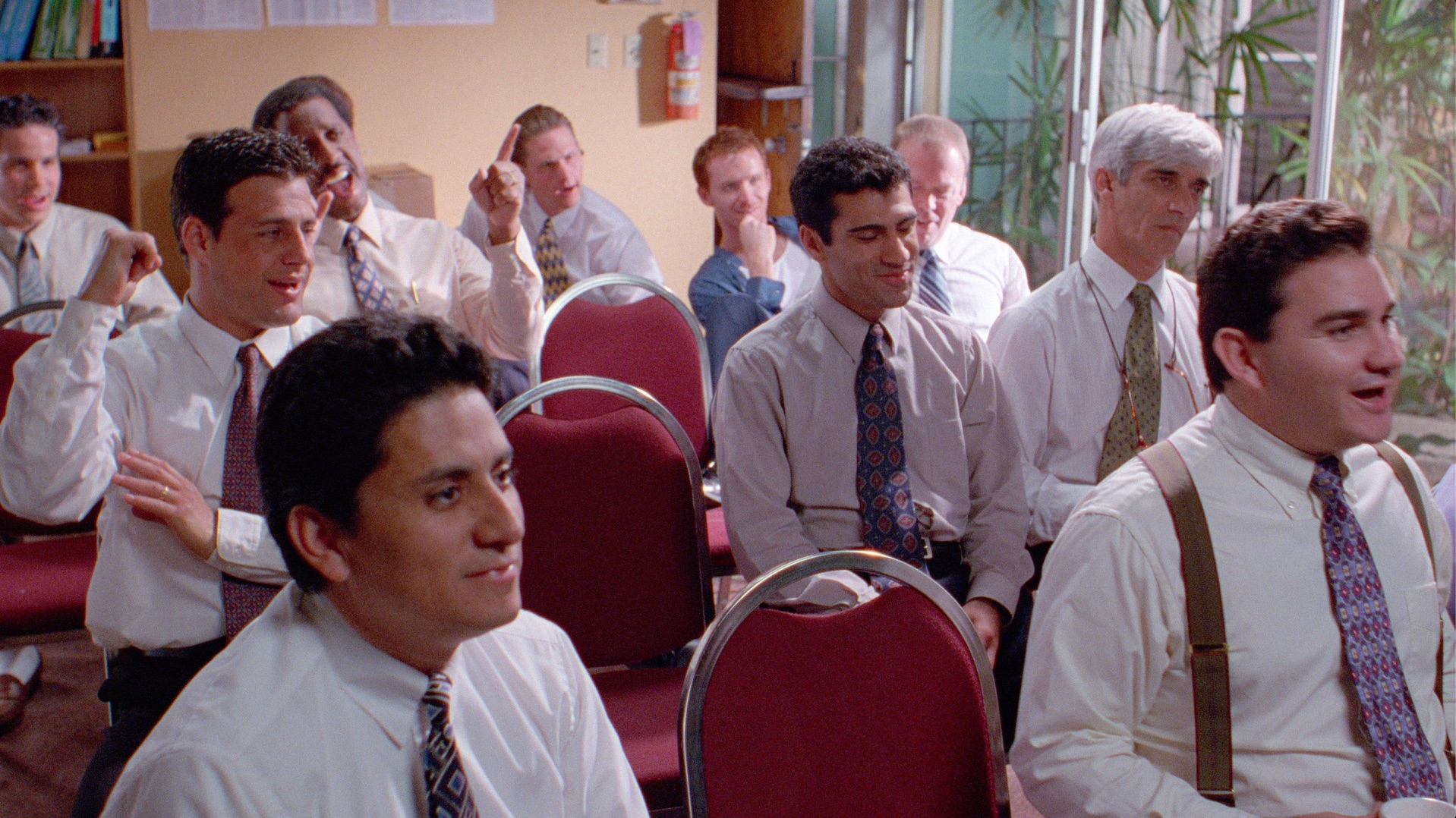 In the movie, Reggie asks a group of sales trainees, “When does the car salesman’s job start? – When the customer says, ‘no.’”

Research shows that when you nod your head it increases your likability by thirty percent and your approachability by forty percent.2  Good lawyers standing in front of a jury know this; that’s how they reinforce their verbal pitch.

A powerful car sales skill: Ask customers several questions that end in “yes.” Get them used to saying the word. When you’re asking, keep nodding. All of a sudden customers start to nod.

“Do you like vacations to beautiful places?” (Keep nodding.)

“If I can get you this car for that price today, would we have a deal?” (Keep nodding vigorously.)

Keep at it. You are wearing a groove in their neural circuitry. Psychologists refer to this as compliance.3

One of the most powerful, psychological, car-selling negotiation techniques is the power of suggestion. When given a direct order, people comply. We are programmed to respond to authority.

When a customer makes you an offer, no matter how ridiculous it is, ask a pre-softened “yes” question.

As Reggie puts it in the movie, “Turn around and go straight into your office. Don’t turn back around, because they’ll stop. They’re like dogs. If a dog is following you and you stop and turn around, what do they do? They stop! Don’t fucking stop!” 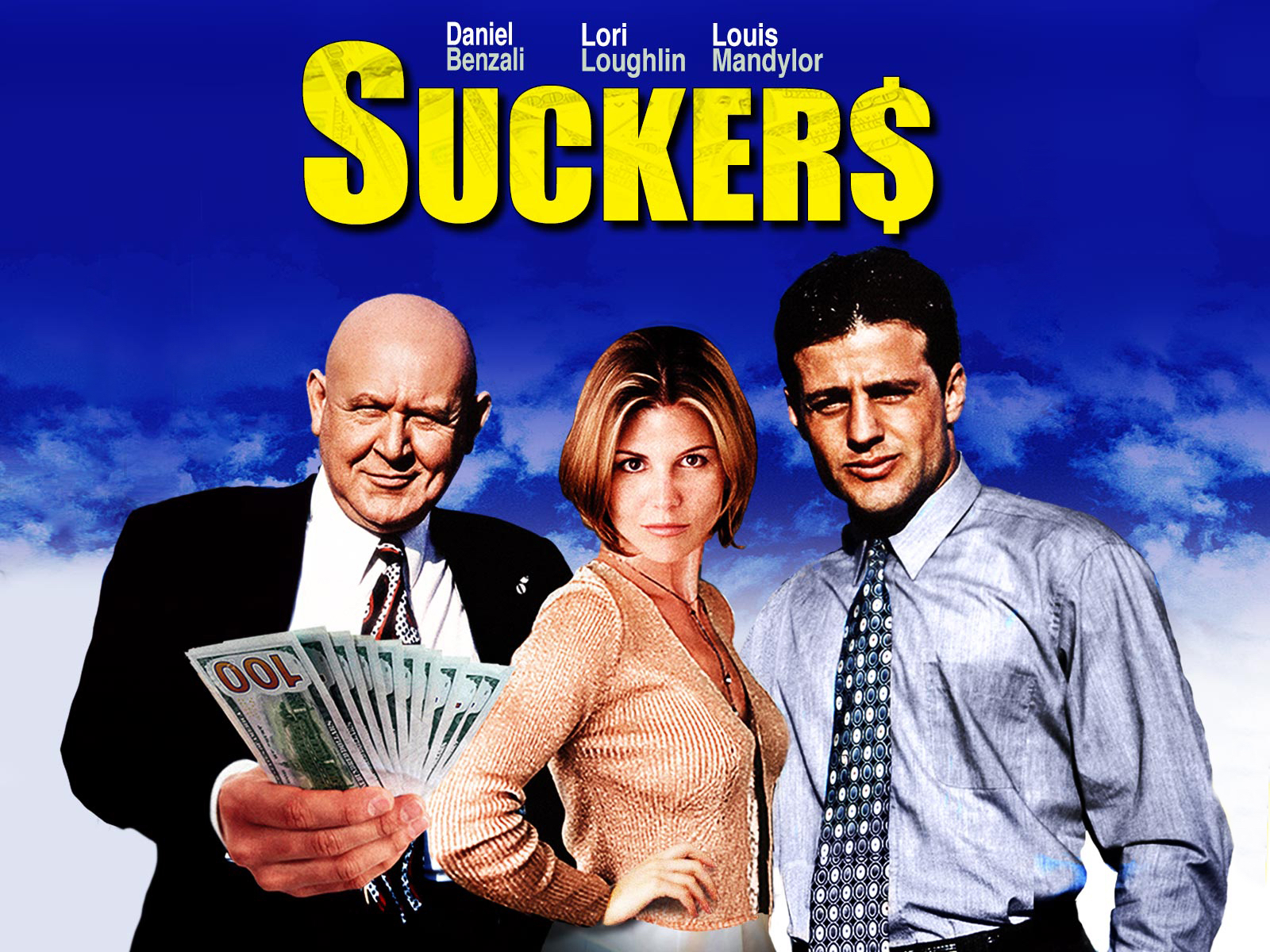 To watch Reggie demonstrating these powerful, psychological techniques, you can watch him in the funny comedy film SUCKERS here. You can also find the informative documentary THE TRUTH ABOUT MARRIAGE here. And you can read The Truth about Marriage companion book here, by Roger Nygard.